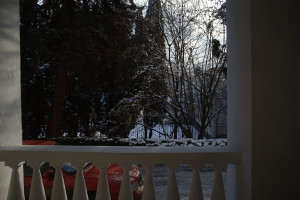 Snow covers the small parc in which the Grand Hotel Kavkas is located. While the mountains keep hiding in wild clouds, a winter morning dawns peacefully over the city of Naltschik. A city, the center of which is dominated by monumental buildings of a more classical architecture, parcs and lakes – a place of peace and rest for the venturing traveller.

That peace, however, is marking the surface, but the undercurls are more powerful than meets the eye of the casual traveller. North Caucasus has been a source of insurgency for almost three decades now. The reasons and relations are fairly complex, and the ethnical structure likewise. The Caucasus (both the Noth and the South) bear strong ressemblances to the Balkans, but holding even stronger ethnical diversifications.

There are six relatively autonomous republics in the Russian part. From East to West: Karachai-Cherkessia, Karbadino Balkaria, North-Ossetia, Ingushetia, Chechnya and Dagestan. The peoples of the these republics speak at least one completely distinct language each (e.g. Ossetian), which do not have slawic roots (rather Persian roots, instead, if my memory is good). On the South-side of Caucasus South-Ossetia has declared itself independent from Georgia; another more or less independent republic therefore.  Apart from Russian-Orthodox Christs, all these republics have strong (if not predominant) muslim communities.

While I am still simplyfing a lot, all of these factors have contributed to the insurgencies of the last decades. The most prominent source certainly was the conflict in Chechnya, with the two Chechnyan wars in the 19990s and its capital Grozny being declared by the United Nations “the most destroyed city in the world” in 2002. From the late 1990s onwards the conflict swapped into Dagestan, which is the largest and ethnically most complex of the republics and which is seeing shootings on an almost daily basis to this day. In the 2000s and until this Ingushetia, a small republic to the west of Chechnya has been considered the most important stronghold of the separatists. Ingushetia has been at war additionally with its western neighbour North-Ossetia. The  western three republic seem slightly more peaceful, but have seen several attacks, too, in the last years. The Elbrus cable-car was blown up, the cities of Pyatigorsk and Naltschik have seen several attacks and thousands of police officers and security personel have been killed. One of the saddest, and most prominent  attacks was the attack on the school of Beslan, North Ossetia, which cost almost 400 lives.

Still, thie morning Naltschik lies peacefully in the morning sun, while we are driving eastwards towards North-Ossetia, where we are going to visit the skiing area of Tsey. The only skiing are of North Ossetia is located in a high canyon dominated by a large glacier.

We are passing several security posts, documents are being scanned and checked, interrogations, but all is done very professionally and friendly. Still, moving to the East means approaching the more instable zones of the regions, and the commander of the security forces is actually asking us: “But are you aware that there are also skiing areas more the west?”. 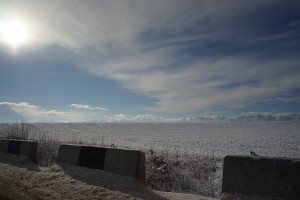 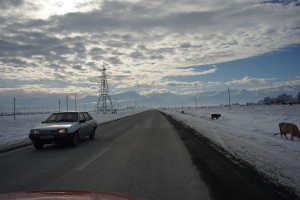 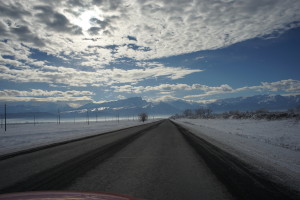 North-Ossetia alsmost seems abandoned, wide and beautiful lands and the ever dominant mountain range. We bypassing Beslan with its sad story, but also the roadsigns “Grozny 120km” are somewhat intriguing. By narrow roads we are approaching the Tsey canyon. 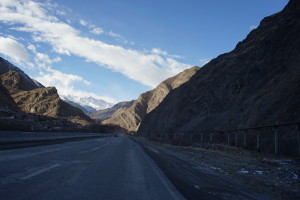 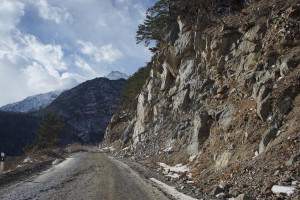 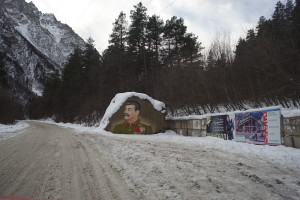 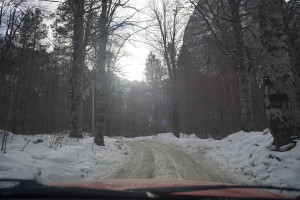 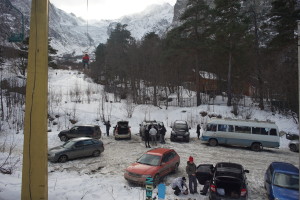 A few Guys from Vladikawkas (North-Ossetia) are preparing a fire next to our car. Later they will invite me for a barbecue, although we almost cannot communicate. 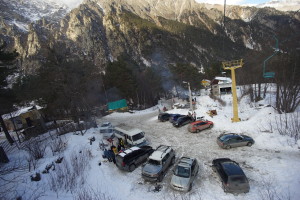 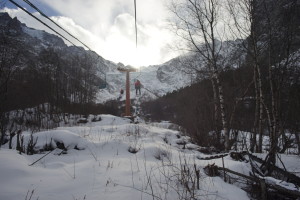 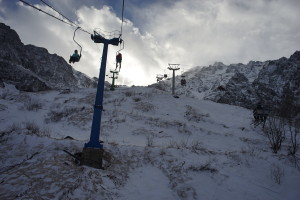 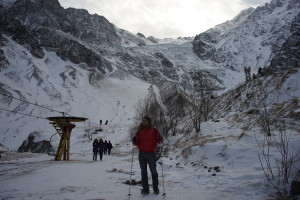 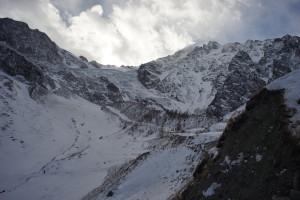 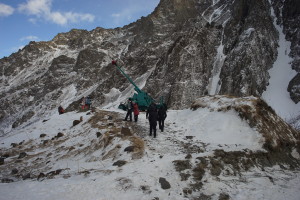 The snow certainly is not ideal, but the location is stunning – and possibly the only skiing are in Cauasus not subject to heavy snowfalls today. In the eve we drive back westwards, bypassing Naltschik and heading for Piatygorsk, where we intend to spend the night. 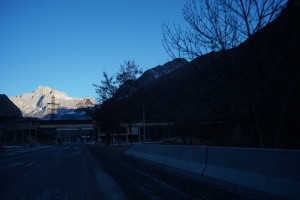 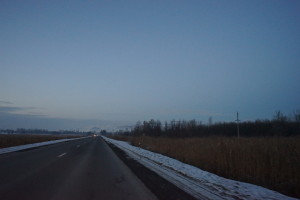 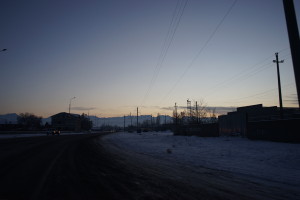 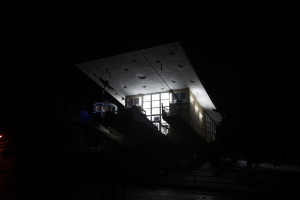 The cable car of Pyatigorsk, illuminated at night.