Elbrus! The highest summit of Europe, as some say. 5652m – an enormous volcano with a twin peak. An amazing mountain. And likewise amazing its skiing areas is: a fascinatingly monumental russian cable car from sowjet times leads up as far as 3450m. Subsequently, further lifts go up almost as far as 4000m, all this in a unique breath-taking scenery.

However, we are unlucky again: a sever snowstorm is shaking the concrete of the old sowjet buildings, still, the cable-car is withstanding up, taking skiers up to the second station at 3450m. The wind is brutal, and the snow is piercing the face. It is an adventure, not more and not less. Of the unique potential of this mountain we will see only a tiny bit, but it remains an unforgettable day anyway. 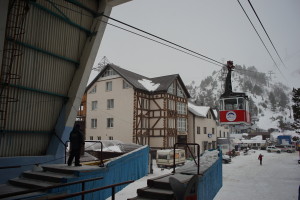 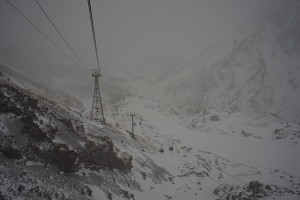 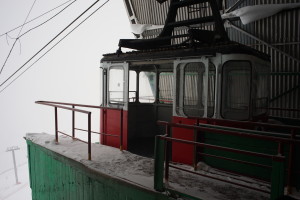 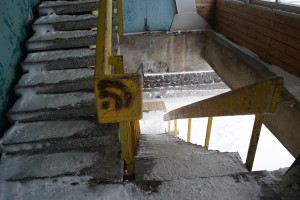 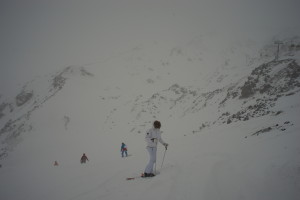 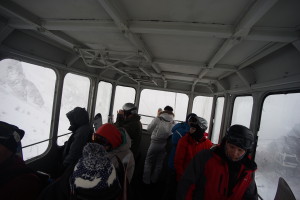 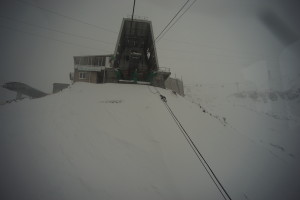 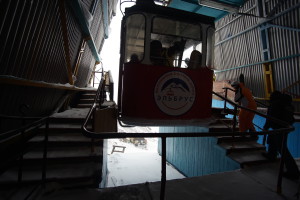 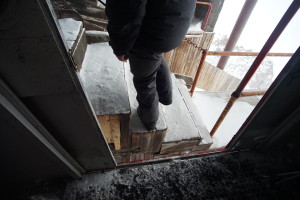 The cable-has the particularity of not being level with the platforms – which are icy and in combination with the swinging gondola tricky beasts. 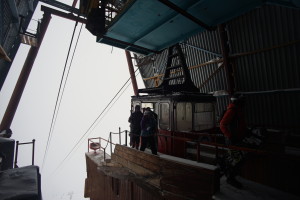 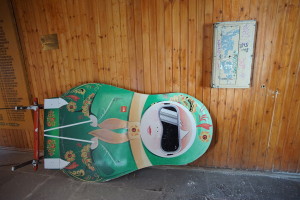 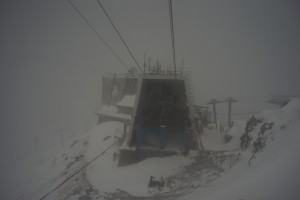 The visibilty mostly is very poor – and the storm breathtaking. We do a few runs until the early afternoon – and finally find ourselves defeated by the mountain – for this time.

While silently driving down the valley again, we will need to take a decision. The weather keeps being pretty unstable over the next days, and in worst case we are probably going to see as much snow and rain as we had seen over the last week. Moreover, the strong winds have shifted a lot of the recently fallen snow which makes the snow conditions (and the avalanche conditions) difficult. It seems, it is time to leave the Caucasus for this time. As impresseive as these mountains are: spring is probably the preferable time for skiing.

This leaves us with two options: the sourther itinerary to Georgia, Turkey and the Balkans. And the norther itinerary to Scandinavia. The southern road involves risks of more bad roads, political insurgency in Turkey after the latest attacks in Istanbul and instable weather conditions and suboptimal snow-conditions. The northern itinerary invovles thousands kilometers of drive, possibly very low temperatures and hence several unknowns. Not an easy decision.

We decide to take the night to check latest reports on the web, and think about it calmly. And hence we approaching one last time our beloved Grand Hotel Kavkas in Naltschik. A beautiful night-time walk through a parc and a nice dinner (though involving screening an Amercian comedy ressembking Eddi Murphy’s style and synchronised in Russian, which feels somewhat weird 😉 ). Let’s see what the next day is going to bring. 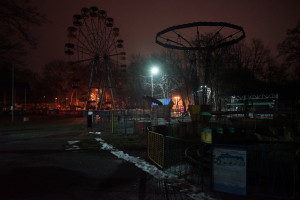