It is shortly after six when we hit the road again. In the center of Saratow the road crosses the railway. The railway gates are down. A lonesome worker clears the rails from the snow with a snow shovel. One minute, two minutes, five minutes, eight minutes… . We are wondering whether he is not afraid of the approaching train, and whether this work is not somewhat a sysyphus work anway. After what seems an eternity, he leaves the train tracks and approaches the little hut next to it. He hits a button – and the gates open. There has never been a train approaching, he simply closed the gates to be able to work without interference from the road traffic!

The highway south of Saratow leads through open lands. Settlements are very sparse, but the road is good and fuel stations are relatively frequent.

Later, the sun has already risen, from a hilltop we are looking down on what looks like the frozen sea: The Wolga. It is frozen. And it is so vast here, many kilometers wide, that the far shore is out of sight!

In the late morning we arrive at Wolgograd. Given the many miles ahead of us and the limited time, we discard the option of visiting the town and just drive through the peripherie. The road are bad here, and so is the traffic, and all in all we are happy when an hour later we reach the southern outskirts to head for Elista. When a small stone hut with a large old grill and a sign “Шашлык” comes into sight, we can’t stop ourselves from having a short break. Temperatures are still hoovering around -20°C, the old grill smokes and the large skewers full of meat are somehwat inviting –  a very russian barbecue I may say. 🙂 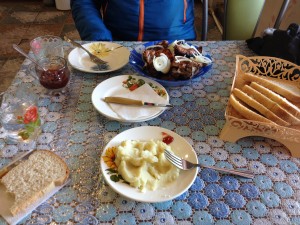 The road crosses wide hills, the sun is setting, Elista lies behind us. 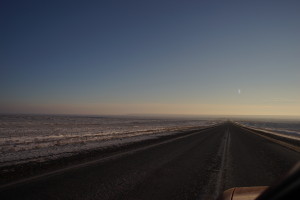 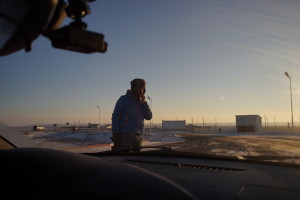 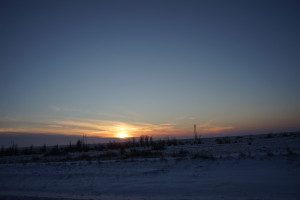 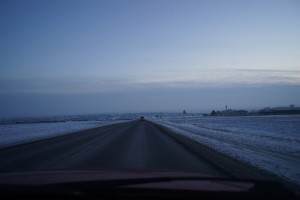 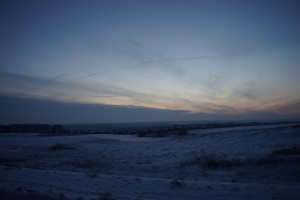 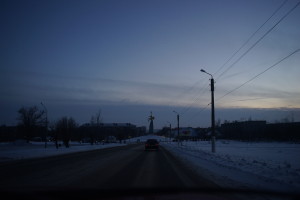 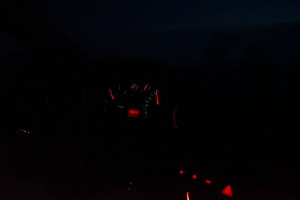 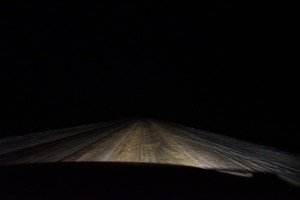 it is around midnight when we reach Naltschik. The trees are snow-ladden, when pass ancient gates into an old parc, under fresh white thick snow and beautifully illuminated. In the center stands a large old house, a domicile for tonight: The Grand Hotel Kavkas.