An improvisation which happened late at night during a break of Chris Wosimski’s first solo album recordings. A fully improvised piece, which, however, despite of some little flaws, possibly quite well shows the way him and me are playing together in certain moments – which I tend to like. The melancholic, somewhat wistful mood made me think of autumn winds when strolling through post-summer landscapes around my home, hence the title.

The image below shows a derelic powerplant in Upper Silesia, Poland, captured on Adox Colour Implosion Film in December 2013. 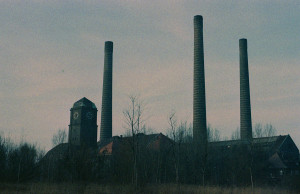 Another one of the still unfortunately relatively few audio recordings that I/we have made… (hope there will be more in 2016). An improvisation around a sequence set up on the analogue modular system, performed by Chris Wosimski (guitar) and me (electronic instruments).

The title refers to a couple of lines I had written shortly after the piece of music first started to exist in a warm august night in the rocks high above the coastline of Makarska (Croatia).